‘I love feeling the wind in my hair’

The St Hugh’s Hospital triobike was back in action for the first time this summer – and we had a VIP guest in the form of Marta the dog.

We met up with members of Friendship At Home at the Kingsway Kiosk on Cleethorpes seafront for a fun-filled afternoon of rides along the prom in our custom-built triobike.

As reported, the specially adapted bike we purchased, which has room for two front-facing passengers, is used to get members of the local charity out and about.

This time it was the turn of participants in the Friendship At Home Memory Lane choir and the Wednesday group members to enjoy the sights and sounds of the trip… and Marta came along too.

The five-year-old long-haired Dachshund is as much a member of the charity her human family is. Penny and Bob, from Cleethorpes, joined Friendship At Home less than six months ago; Penny is in the choir and Bob takes part in the chair-based exercise group. They have been married for 57 years, have two children and six grandchildren, and are originally from London but then moved to this area. Bob spent 12 years in the Navy, and saw all the continents, including Antarctica and the Arctic. “We worked it out,” he said, “and in all I did nine years and three months actually at sea.”

The couple have had Marta since she was a pup. She’s named after Mata Hari, the exotic dancer who was convicted as spy during the First World War, because Penny adores reading spy novels.

“We are mad at our age, having a young dog,” said Penny, “but she’s taken us out of ourselves. We love going for walks and so does Marta – she’s a very friendly dog.”

And we can definitely vouch for that! Marta couldn’t resist hopping on Penny’s knee to try out the triobike for herself, distributing doggy kisses along the way. 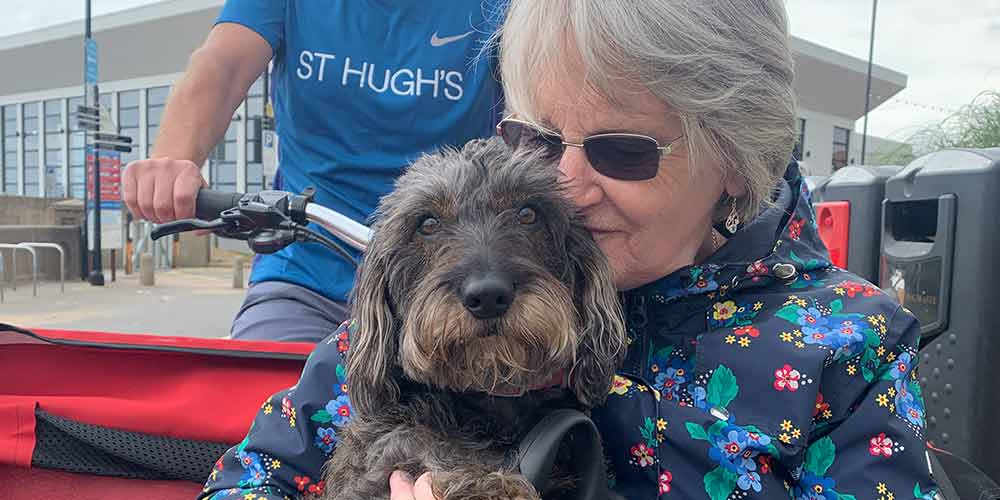 Also experiencing the thrill of zipping along the seafront were John and Sue. The couple, who are from Cleethorpes and have been married for 14 years, have been a part of the Friendship At Home Wednesday group since Covid-19 lockdown restrictions ended.

John, 78, has Parkinson’s disease, which means he has had to give up his car and driving.

“I go to Friendship At Home for a couple of hours a week, and that’s just right for me,” he said. “I couldn’t fault it or praise it enough. I’m still buzzing the following day, after meeting up with our friends. We just love it.”

The couple recently spent 10 days in Spain… Costa del Cleethorpes, in their view, is no poor comparison!

“Feeling the wind in my hair has been absolutely brilliant. The triobike is just amazing!” 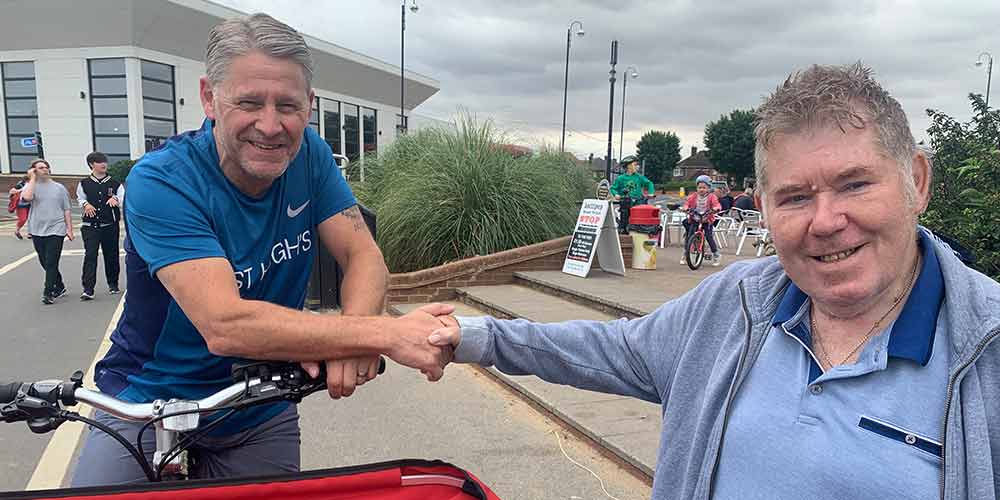 Last but not least to enjoy the trip were Jean and Ian, from Humberston. They’ve been married 60 years this month – congratulations, Jean and Ian!

The couple used to live here in the 1970s but moved away and then came back during the lockdowns to be closer to their two daughters. The family, they say, are now all happily reunited and enjoying everything this area has to offer.

“We definitely give the triobike a massive thumbs-up,” they said, as their pilot, the hospital’s Gary Allington, pulled in at the Kingsway Kiosk. 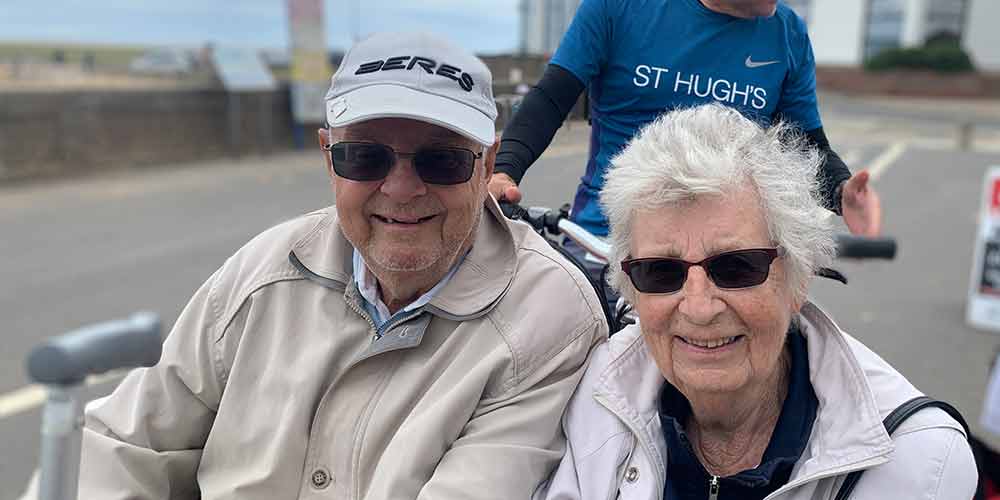 Take a look at the St Hugh’s Hospital Facebook page for a photo album of all of our the triobike rides and find out more about it here.

If you think Friendship At Home may be able to help you or a loved one, call 01472 602500 or visit www.friendshipathome.org.uk. You can also find the charity on Facebook here – www.facebook.com/friendshipathome