Putting the ‘fun’ in fun run

It wasn’t only Queen and country celebrating over the weekend… scores of participants in the St Hugh’s Hospital Family Fun Run crossed the winner’s line on Sunday to receive their medals with smiling faces and cheers all round.

The event in People’s Park, Grimsby, held as part of the Orsted Great Grimsby 10K, saw runners and walkers – and four-legged ones, too – tackle the route around the park despite the typical British weather.

The rain didn’t put anyone off having a good time, and first over the line in a matter of minutes was 12-year-old Joshua, who was grinning from ear to ear when he stood on the no.1 podium.

As reported, we host the race annually as part of the famous Great Grimsby 10K road race, of which we’re also a sponsor. It’s organised by Tape2Tape, and this year we gave away 250 free places on our run.

It’s all about promoting healthy habits and participation – being together, whether that’s families, friends, or colleagues, old or young, and it’s dog-friendly, too. 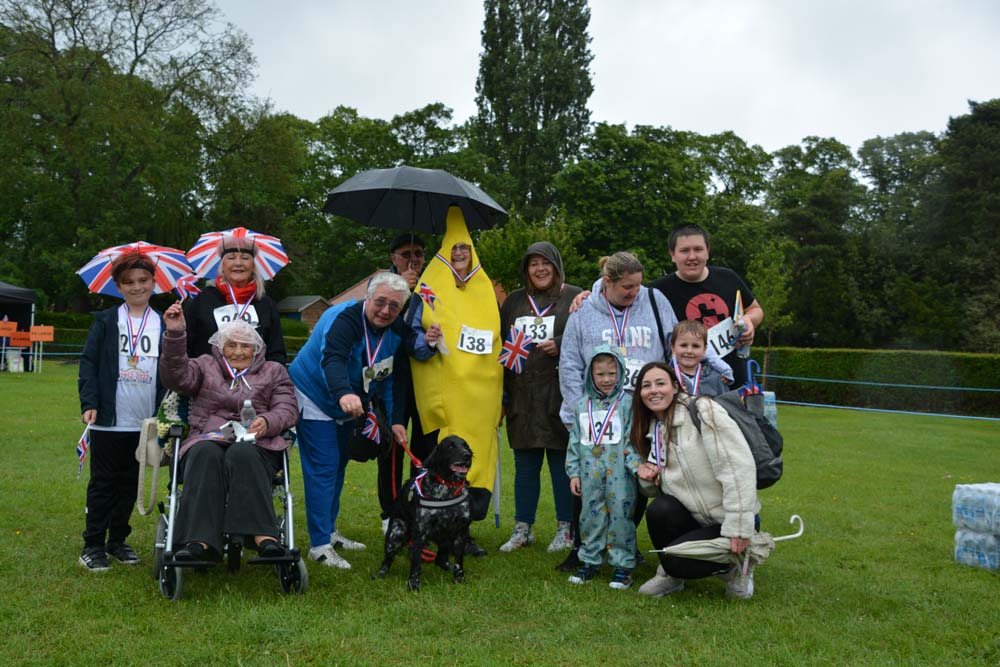 A large group of people from the charity Friendship At Home, which St Hugh’s supports, completed the route… including Carol dressed as a banana and the charity’s Memory Lane choir leader, Joan Gorry, with her mum Dorothy – who didn’t let a wheelchair stop her from getting involved.

Mandy Sparkes and Clare Mills, the charity’s dementia specialists whose roles St Hugh’s Hospital funds, were all smiles as they received their medals.

“It doesn’t matter that it’s been raining,” said Mandy. “It hasn’t put us off at all!”

“It’s been great fun,” Clare added. “Everyone has had a wonderful time… and there’s still time to celebrate The Queen’s Platinum Jubilee, too!”

It’s fair to say our pals at Friendship At Home and everyone else who participated in the fun run are like royalty to us, as Gary Allington, from St Hugh’s Hospital, agrees.

“What a turn-out,” he said, “and showing true British spirit! I’m so pleased everyone has enjoyed themselves. I see lots of medals were awarded!

“As ever, St Hugh’s Hospital is proud to sponsor the Family Fun Run. Part of our ethos at the hospital is about encouraging people of all ages to get active and see the benefits to our health in doing so.

“The brilliant thing about the fun run is that it gives families the chance to participate together, as a group. Getting children and young people involved in events like this can lead to a lifetime of participation and good health and well-being habits.

“A huge ‘well done’ to everyone who took part, and thanks for your support.”

Can you spot yourself in the St Hugh’s Hospital Family Fun Run 2022 gallery? Find it on Facebook here. 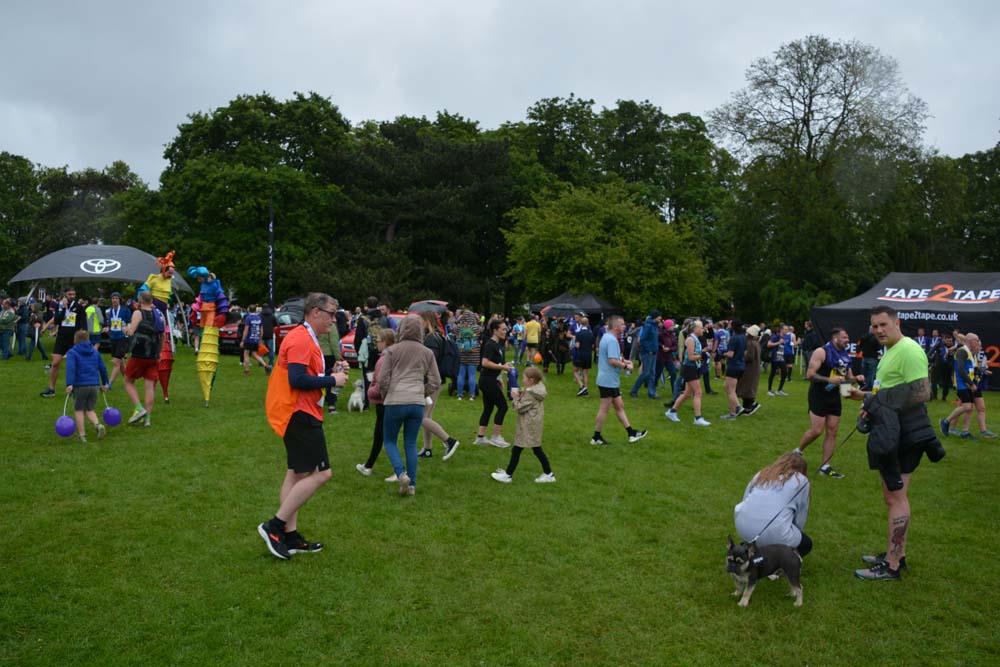