Swapping tractors for a triobike!

Those were the words of Julian Anyan, our newest triobike recruit. His name may be familiar, because we’ve already featured how his hip replacement at St Hugh’s Hospital has given him a new lease of life (read the full story here: hmtsthughs.org/new-hip-new-lease-of-life). 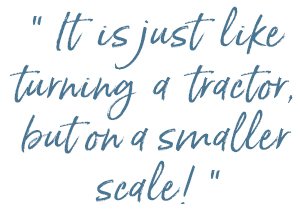 Well, Julian, a farmer near Market Rasen, is also a cyclist – and now he has well recovered from surgery, he has swapped tractors for our triobike, becoming a volunteer ‘pilot’.

The 56-year-old did not hesitate when we asked if he would like to join up. Having completed the 100-mile RideLondon event in May, a bimble along Cleethorpes seafront was a breeze… literally, as we had some blustery weather to contend with!

But it did not put off members of befriending charity Friendship At Home from climbing aboard the triobike, with Julian at the helm, for a bracing ride or two.

“I have recovered from the hip replacement very well indeed,” Julian told us. “You will remember how I told you about going from being in pain to pain-free almost instantly – well, that’s remained the case. I haven’t had a problem since, and it was one of the best things I’ve done.

“I am very happy to be involved with the St Hugh’s triobike scheme. It is such a great machine – it is just like turning a tractor, but on a smaller scale! – and it is a privilege to help get older people out and about, when they might not otherwise be able to.” 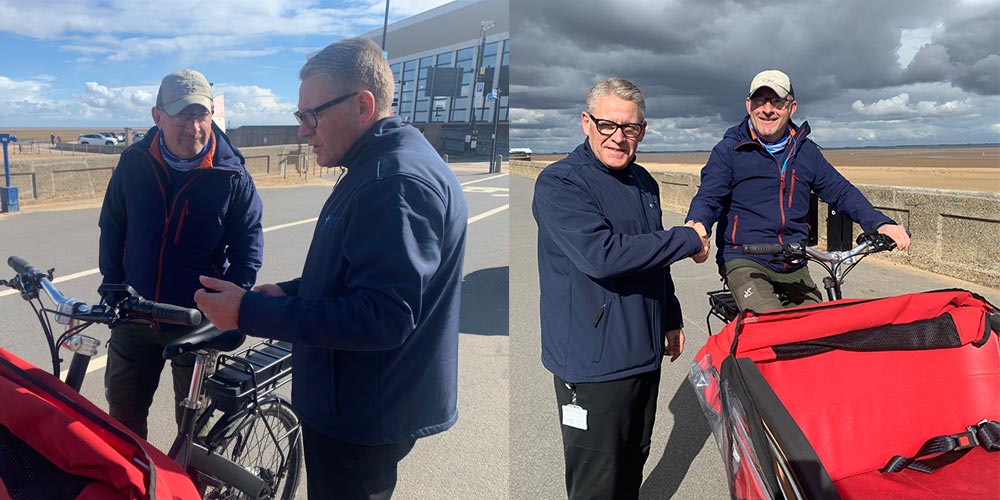 And Friendship At Home members gave Julian their immediate seal of approval, too. Carol, whom we have met before, has just been on a 12-day cruise of the coast of Britain, but said Cleethorpes rivals any of the wonderful sights she saw. The 78-year-old was born in the resort, within sight of the sea, and loves being transported in the triobike along the prom. A member of Friendship At Home’s Memory Lane choir, which was established by St Hugh’s Hospital, she is also an approved befriender for older people, so knows how much these kinds of activities mean. She also can talk with authority on St Hugh’s, having had two knee replacements here.

She was joined on this triobike trip by John, another face you might recognise. John, 78, has Parkinson’s disease and has had to give up driving. Feeling the wind in his hair as he departed from outside Kingsway Kiosk was “second to none” and practice, he said, for an upcoming trip to another coastal resort, Bournemouth, with his wife, Sue. Also enjoying another super-speedy whizzalong were Jean and Ian, from Humberston, who celebrated their 60th wedding anniversary this summer, and who are always ready with a big thumbs-up! 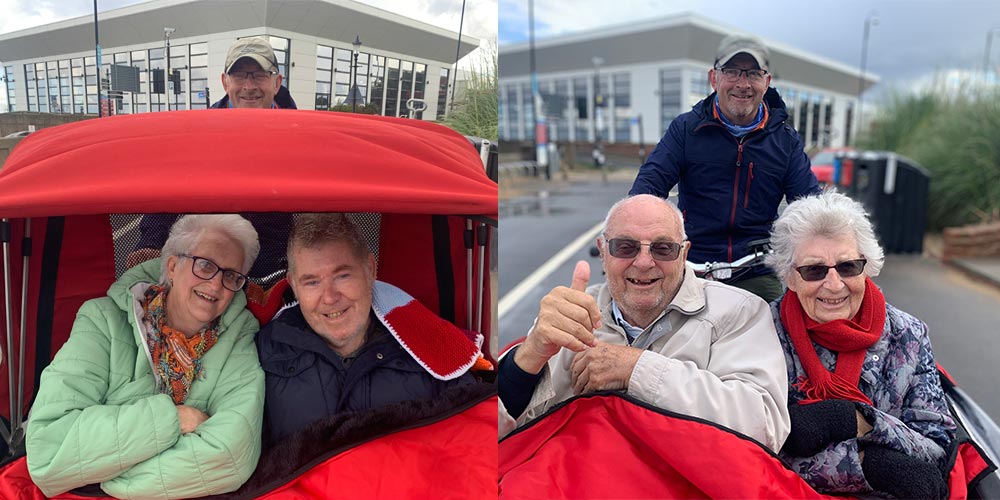 New to Friendship At Home are John and Deirdre; they only joined the charity last month. The couple, who have been married for 41 years, live in Waltham but John used to live in Humber Street in Cleethorpes – again within sight of the sea. “I came along the prom a lot back then,” he said. “It’s changed so much.” 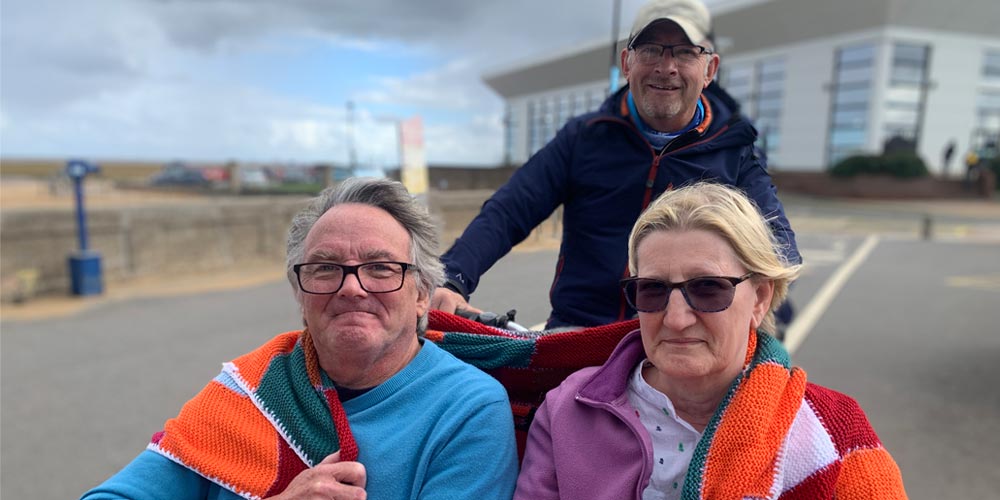 And finally, under new pilot Julian’s expert handling were Janet, from Grimsby, and Margaret, from Cleethorpes, who have been pals for five years now. The pair use Zoom to join Friendship At Home’s chair-based exercise classes. “It’s brilliant,” they explained. “We can’t always get to the classes in person, so Zoom has made things so much easier.”

Janet wanted to see the far end of the promenade on this trip, as she had not seen it for years, so Julian made her wish come true! 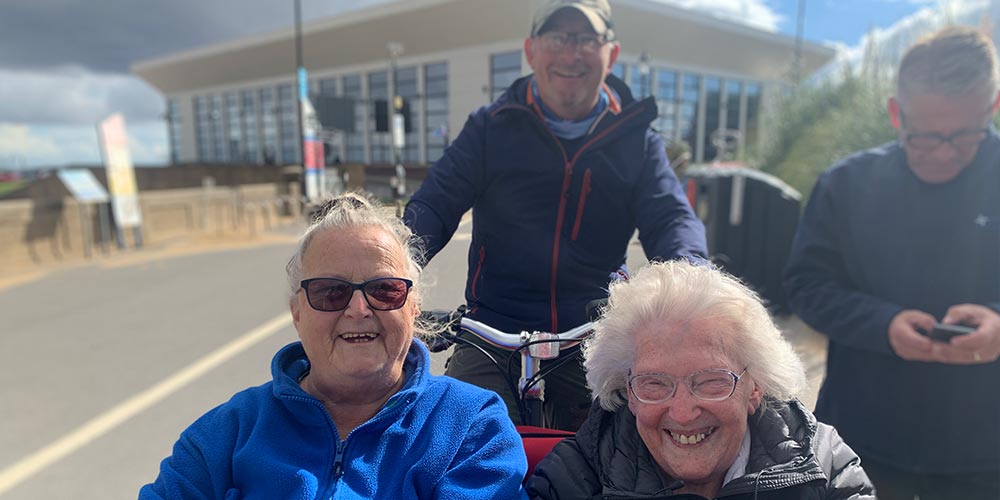 You too could become a triobike volunteer pilot, just like Julian. To read more about it, visit here – hmtsthughs.org/trio-bike/ – and if you’re interested in getting involved, call Friendship At Home on 01472 602500. You can also watch a video of the charity’s manager, Julie Rigby, talking to us about the huge benefits the triobike brings to its members here: youtu.be/J9bmUaE0qSg