Spring, summer, autumn, or winter… there’s no doubt that enjoying the outdoors is good for us.

That’s why we like our surroundings to not only look pleasant, but also be a welcoming space for visitors and staff.

And we’ll let you into a little secret… we get a bit of help. We took some time out with Leigh Rawson, the grounds maintenance lead at Navigo, who looks after all of the charity’s sites, and also the grounds at St Hugh’s Hospital.

Navigo is our neighbour in Peaks Lane, Grimsby, and we are proud to work in partnership with the organisation; maintaining the hospital’s grounds is just one such way.

Leigh said: “It’s my job to take care of all of Navigo’s sites… and make long grass short grass, really.

“St Hugh’s is a site we took on last year. With us having Harrison House across the road, it all ties in very well that we work together.

“There is no average day for me – it varies. We have a lot of sites for Navigo around Grimsby and my job involves visiting all of those, keeping everything tidy and maintained.

“The spaces are there for the users of each facility, so it’s a mix of them being pleasurable gardens to look at for the benefit of those users, but also for practical uses. At Harrison House we have a vegetable plot for the service users to have a go at – it’s great to see them using the space in this way. 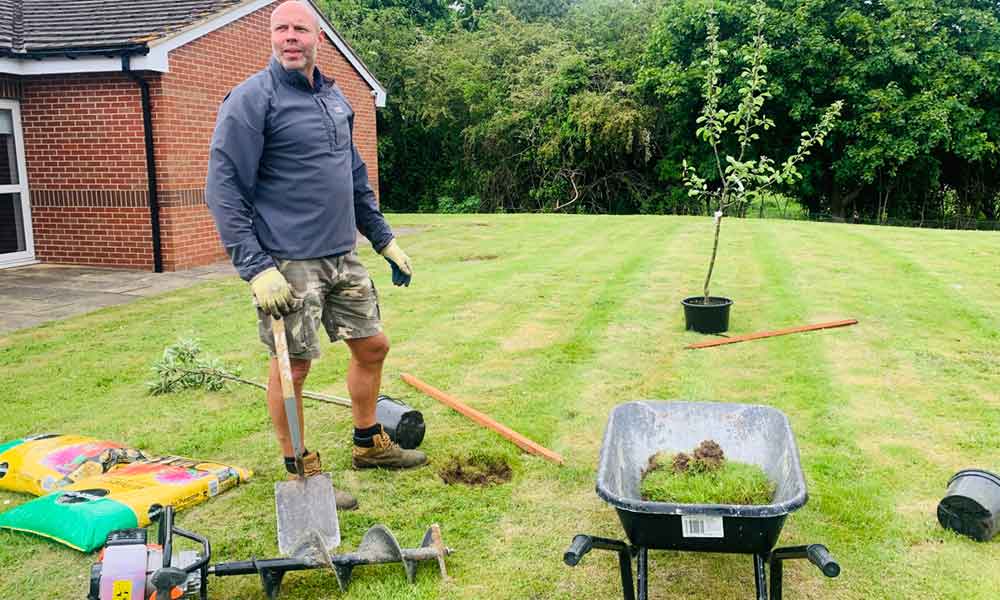 “I’ve been at Navigo for a couple of years now and it was fun to take over. It’s all back up and running now, and they have a nice crop of veg growing this year. It’s good to see, and of course has a double benefit – being able to enjoy nice-looking landscapes, but also being at one with nature by literally getting stuck into the soil. It is very therapeutic.

“Having a nice and pleasant-looking place to spend time in is good for our wellbeing and that’s what it’s all about.”

Forty-six-year-old Leigh, from Holton-le-Clay, joined Navigo about two years ago. He left school to work at Grimsby Garden Centre (before it was Navigo-owned), had other roles in between – landscaping and groundworks, and even crane driving on the docks, and has now gone full circle by returning to the centre, which is now run by the charity.

“Gardening has always been present in my life,” he said. “I’ve always done it on and off over the years. It was work experience at school that started it, going to Grimsby Garden Centre, then working in the shop at weekends and doing a bit of grass cutting.

“I was taken on full-time and did a couple of years at college, then went landscaping after that, working for myself, and then now to Navigo.”

For many, gardening is a hobby and not a job, so what does Leigh do in his spare time?

“Mountain biking,” he replied. “It’s so good, I love it – that’s my release. I get away quite a lot. There’s a few of us who just jump into our vans and disappear, and ‘van life’ it for the weekend. I’m going to Wales this weekend, for example.

“I’m very rarely indoors if I can help it. I’d rather be out and about… I’m very much an outdoor person.” 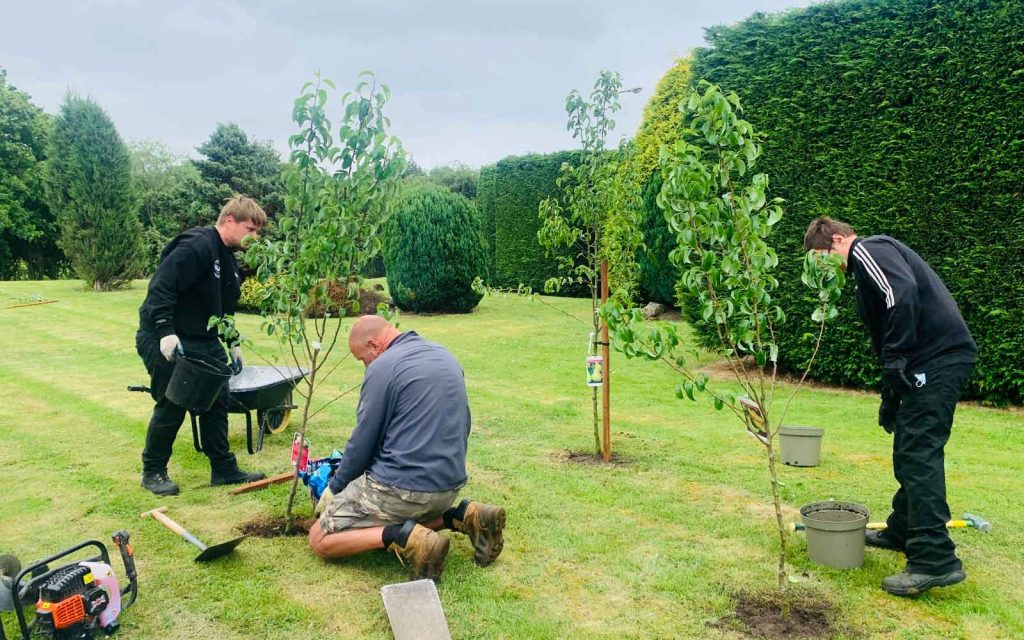 Read about when Leigh and his team planted 15 trees in the grounds of St Hugh’s Hospital here.