Some friendships are timeless, and it’s the lifelong bond between our director, Ashley Brown, and former rugby league international Rob Burrow we’re talking about today.

Many of you will know and admire Rob. He spent 16 years playing for Leeds Rhinos in the Super League before retiring in 2017, spending his entire professional career there and becoming one of the most successful players in the league’s history.

He’s just 38 and, wow, what he’s managed to pack into those years can take others a lifetime. But Rob has Motor Neurone Disease (MND) and though his prognosis isn’t great, his positivity couldn’t be greater. 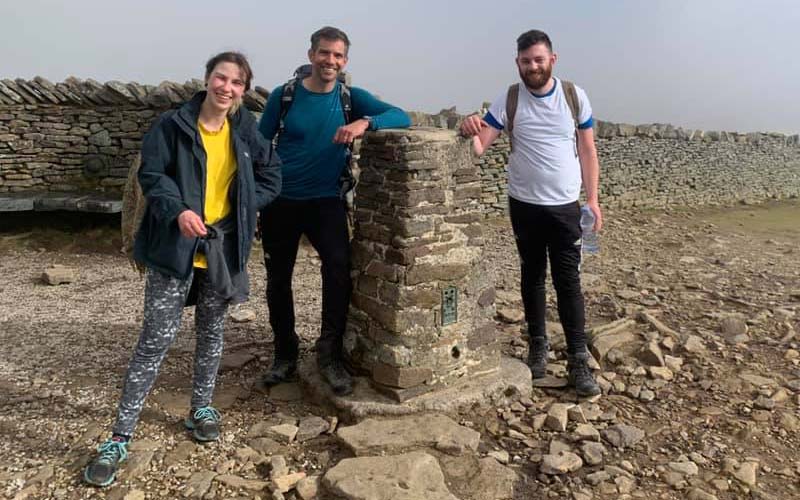 A couple of weeks ago, our director Ashley completed the Yorkshire Three Peaks to raise funds for Rob and his fight against the disease and awareness of it – and there’s the chance for you to help too, not only by donating to the fund, but by owning a piece of sporting history.

Tour de France winner Geraint Thomas has signed and donated a jersey to support Rob, and it could be yours by clicking here.

Ashley and Rob have been pals since the cradle, living opposite each other, and attending the same nursery and school.

“We grew up together,” Ashley explained, “and it was great living so close by because we’d just play out in the street.

“Everyone was into sport, but Rob was just cracking – an outstanding athlete. Whatever sport he tried his hand at, he was brilliant.

“He excelled at pretty much everything and went on to prove it at exceptional levels.”

That involved winning eight Grand Finals and 20 international caps during a hugely successful career. Small in stature, at 5ft 4in, but mighty in sporting prowess, Rob and his wife Lindsey – they’d often make up a foursome with Ashley and his wife, Gemma – were shattered by the MND diagnosis in 2019.

It’s a world away from when Ashely and Rob were youngsters together, sharing a passion for the global superstar Michael Jackson.

“Rob loved him,” Ashley laughed. “We’d spend ages in the garden timing each other to see how many spins we could do in a minute.

Rob’s MND is at the stage where he can no longer speak aloud. The family’s positivity is inspirational: Lindsey works, is Rob’s carer, and they have three children together, one of whom just happens to be called Jackson.

But they don’t want sympathy – empathay, yes, but absolutely not sympathy. Instead they’re living in the moment, for themselves (they met as teenagers) and their kids.

Ashley said: “It’s tough, so tough. But he’s not afraid.”

The auction for Geraint Thomas’s jersey has come about because Geraint is a rugby fan, and because in-person events are challenging right now. But Rob also has a link to cycling. Ashley used to run the Sportscover Cycling Team, and he and Rob worked on a project together which led to the formation of BBM Cycling Club, which still runs today. Rob was present on the first day the club launched. 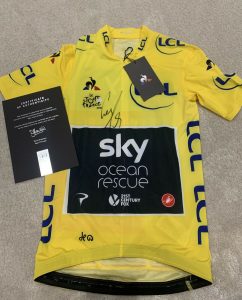 Remember, you can bid on the auction here but hurry, it ends on May 19.

And it’s not too late to donate to Ashley’s Three Peaks walk, either; his brother and nephew are also doing the route, too. Head here to donate.

For more information about MND, visit the MND Association, which Rob is supporting, at www.mndassociation.org

Any help at all is greatly appreciated. Thank you.